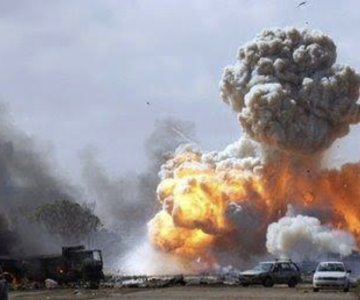 II. Towards Humanitarian Intervention in Libya

On February 17, 2011, security forces violently suppressed the large-scale civil demonstrations that started against the Libyan Leader Gaddafi’s government due to the public reform demand. Ultimately, the UNSC considered the situation as a threat to international peace & security which culminated in civilian casualties. Thus, the UNSC adopted resolutions 1970 and 1973 and prepared the grounds for military intervention against Libya (Şentuna,2019, p.215). By Resolution 1973, the Libyan airspace was declared a no-fly zone. This Resolution warned of an urgent ceasefire and an end to violence against civilians. Accordingto it if these were not ensured, the protection of civilians were to be provided by ‘taking all necessary measures’ (Sak, 2015, p.141). This intervention ended with the death of Gaddafi and the collapse of the regime (Behluli, 2017, p.76).

III. Consequences of the Intervention in Libya

In terms of short-term success, this humanitarian intervention carried out by NATO in 2011 had stopped the brutal acts of the Gaddafi regime, such as killing civilians and torture. That is, the intervention provided protection for the residents of Benghazi in the short-term (Pattison, 2011, p.275). Therefore, it was successful in stopping the persecution of the Gaddafi regime against his own population (Behluli, 2017, p.73).

The most positive development for Libya was the arrival of a secular & moderate coalition government to power in 2012 with democratic elections, a major change after the protracted Gaddafi dictatorship (Behluli, 2017, p.70). However, despite this, the elected government had little authority throughout the country and there were many tribal and armed groups that need to be controlled (Karaoğlu, 2019, p.219).

In terms of long-term success, although the Gaddafi government was overthrown as a result of the intervention, the Libyan society became polarised’ and thus internally divided. Additionally, the influence of radical groups such as ISIS and Ansar al-Sharia (Islamic radicalism) had increased as a result of a power vacuum that transpired at the end of NATO’s intervention. Hence, post-Gaddafi Libya has become a inflict ridden zone ruled by non-state actors and local armed groups. Moreover, human rights violations suffering had intensified in Libya, in addition to the prolongation of the civil war and the increase in the death toll. Along with these negative developments in Libya, weapons trafficking had also spread in Libya’s neighbors such as Mali (Kuperman, 2013). After the intervention, different armed groups emerged in the country and there was a serious problem in building peace as they came into conflict with each other to seize power (Sürücüoğlu, 2017, p.621).

In economic terms Libya’s economy, an oil-exporting country, was not healthy before the intervention because of the persistent authoritarian rule in the country and international embargoes, but after the intervention, oil production and export paused for a certain period of time. Additionally, unemployment had also increased (Güdekli, 2017, p.94).

Today, Libya cannot provide stability and security to its citizens, and violence is increasing in the region (Behluli, 2017, p.69). Therefore, this intervention without an exit strategy was a disaster for Libya for the long-term.

In sum, procceding from the Libyan case, it could be argued that although interventions are generally more successful in stopping immediate killing, they are not designed to bring success in the long run. The end-result of  the intervention in Libya was a catalyst for preventing mass killings or helpful in protecting civilians in the first instance , but it subjected civilians to an almost constant state of conflict. Therefore, without a proper and well-thought design, interventions may prove more harmful than beneficial.

Kuperman, AJ 2013, ‘Lessons from Libya: How Not to Intervene’, International Security.