It is with deep regret that we receive U.S. President Joe Biden’s April 24, 2021, statement regarding the events of 1915. We reject and categorically condemn the statement’s accusation of “genocide,” which lacks any historical basis and offends our nation. The contents of the text show that Biden has bowed to domestic U.S. political considerations, rather than act in light of historical truths.

The collapse of multinational empires is almost always accompanied by great pains; Regardless of ethnicity or religion this was the fate of every community that was part of the 600-year Ottoman Empire. Accordingly, we do not deny the pains experienced by the Armenians. At the same time, however, let us not forget how millions of Turks and other Muslim communities within the empire were uprooted and forced from their ancestral homes in the Balkans and the Caucasus around the turn of the 20th century as a result of oppression and massacres inflicted upon them. The incidents that occurred between Turks and Armenians in Anatolia in 1915 were part of this painful episode for both sides.

We must not derive hostilities from the past  and measure past agonies against each other but open all archives and analyze the events in an objective and scholarly fashion, building friendships in light of the truths that come to light. We would like to recall, once more, Turkey’s proposal from 2005 to form a “joint historical commission.”

We would also like to take this opportunity to respectfully bow our heads in memory of our diplomats who were slain by Armenian terrorists acting according to perverted historical views. Gender equality is a prerequisite for social justice and moral development within a society.

It is impossible to observe respect for basic human values in societies where women are oppressed by men and treated as second-class citizens. That’s why Mustafa Kemal Atatürk was such a strong advocate of women’s rights and made gender equality one of the founding principles of the Republic of Turkey.

Turkey’s pioneering role in drafting the Istanbul Convention (the Council of Europe Convention on Preventing and Combating Violence against Women and Domestic Violence), which aims to combat all forms of violence against women, and naming the agreement after its largest city, being the first signotory and acceding state was a remarkable accomplishment in line with Atatürk’s principles. It also boosted Turkey’s international profile and image.

Women’s rights can only be upheld in an environment where violence against women is completely eliminated. In this regard, the Istanbul Convention, as an international accord, has the utmost importance in promoting women’s rights and achieving gender equality. Accordingly, implementing this treaty in accordance with our constitution will elevate the status of Turkish women and Turkey as a whole.

It is with utter sadness, however, that we note that some circles within society which have failed to internalize gender equality, and which have misinterpreted the concept of “gender,”campaigned for Turkey’s withdrawal from the Istanbul Convention on the grounds that the convention did not fully protect the family as an institution.

The convention defines the concept of “gender” as “the socially constructed roles, behaviours, activities and attributes that a given society considers appropriate for women and men.” Anyone acting in good faith could not possibly draw incorrect conclusions from this clear definition.

The decision to withdraw from an international treaty that was unanimously approved by the Turkish Grand National Assembly to great applause, through a presidential decree has rightfully raised many questions. It has also raised concerns over the rule of law.

Turkey’s decision to withdraw from the convention has attracted criticism at home and abroad, regrettably damaging the country’s already-tarnished image even further. Turkey has no need for such burdens.

We hope that this decision would be reversed as soon as possible and Turkey, in a fashion that befits her, plays a leading role in implementing the convention, just as she did in adopting it. 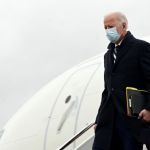