Tulin Daloglu currently hosts KRT’s The World and US, a daily program focusing on foreign policy issues. She joined KRT in June 2020 with over twenty-five years of experience as a journalist. She was based in Washington, D.C. for 12 years not only covering the U.S. politics and its dealings with Turkey, but also covered the wars in Afghanistan, Iraq and numerous other dangerous places in the Middle East. She has written extensively for various Turkish and American publications including Al-Monitor’s Turkey Pulse, The New York Times, International Herald Tribune, The Middle East Times, Foreign Policy, Daily Caller, The Daily Star (Lebanon), The SAIS Turkey Analyst Report and Yedioth Ahronoth.She also had a regular column at The Washington Times for almost four years between 2005 and 2009 chronicling the Turkish affairs. Daloglu started journalism at NTV, Turkey’s first 24-hour news channel. She quickly moved to BBC’s Turkey office and worked there for almost three years. She attended PKK leader Abdullah Ocalan’s trial on behalf of the BBC on the island of Imrali. In the 2002 general election, Daloglu ran for a seat in the Turkish parliament as a member of the New Turkey Party. She earned BS and MA degrees in international relations at the Bilkent University in Ankara, Turkey, and completed an MA degree in journalism and public affairs at American University in Washington, D.C 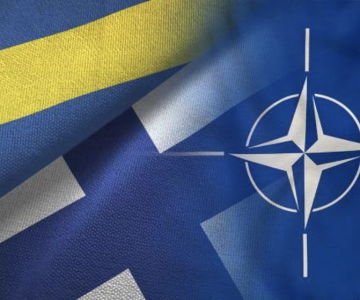 The proposed “preemptive expansion” of NATO in response to Russia’s invasion of Ukraine is an action as guided by fear as the U.S. military attack on Iraq that spawned nearly 20 years of war. And enlarging NATO could turn out [...]
Devamı