THE US DID NOT GIVE GREECE WHAT SHE WANTED

Greece has always endavoured to bring her bilateral issues with Turkey to the agenda of EU from the very beginning. The fact that to a large extent she has been succesfull in her efforts, especially during the last period should come as no surprise. In any international organization, if one of its members insists on drafting suggestions on the grounds of her security interests, it is not easy to reject them. The most one can do, is to soften the harsh wording. In this regard the British diplomats are the masters. After the Brexit, Turkey is in a more difficult situation vis-a-vis Greece at EU meetings.

Greece must have understood by now that with the EU conclusions full of wish washy wordings, she could not reach anywhere. Apparently she has moved her steps against Turkey to bilateral levels. Firstly, on 28th September, Greece signed a stategic cooperation agreement with France in the field of defence and security. Last week she renewed the mutual defence cooperation agreement with the US (MDCA). In the meantime, Blinken, the US secretary of State sent a letter to Greek prime minister, Mitsotakis. Let’s have a look in more detail at the MDCA and Blinken’s letter.

I witnessed my first exprience with multilateral diplomacy at the Turkish foreign ministry during the negotiations of Defense and economic cooperation Agreement (DECA) Turkey signed with USA in 1980. The US signed a similar agreement with Greece in 1990. Both are framework agreements and renewed on regular basis if necessary with minor alterations either by Exchange of letters or additional protocols. It seems that this time benefitting from the adverse course of Turkish-US relations Greece has demanded to include a security guarantee provision as in the Greek-French Agreement. Since it proved to be impossible, Greece offered military basis on some of the agean islands which have demilitarized status under international agreements. Fortunately our american friends this time stood firm. The Turkish foreign Ministry must also have lobied hard with the US State Department.

Greece who has not been able to achieve inclusion of her proposals to the MDCA, must have pressured the US side to obtain security assuurances by virtue of a separate letter. Blinken’s letter of 12th september serves this purpose.There is no provision in the letter obliging US to assist Greece in case of agression. It is very likely that references to territorial integrity, sovereignty rights, internationl law of the sea and peaceful solution of disputes are included in the letter to satisfy Greece.Those references can also be interpreted diluting the declaration of Turkish Grand National Assembly dated 1995, widely known as casus belli. It is also noteworthy to see that both foregin Minister Dendias and Prime Minister favoured the letter rather than the agreement itself.The US must have realized that they have gone too far in favour of Greece. Ned Price, the spokesman of state department, couple of days ago, underlined that the US position to stay neutral regarding the disputes on delimitation of maritime boundaries has not changed.

What is casus belli?

In the most simplistic terms casus belli means reason for war. The Greek parliament while ratifying the United Nations Convention on law of the sea on 1st June 1995 authorized the Greek government to extend her territorial waters to 12 miles. In less than one week Turkish parliament replied by adopting a stand alone declaration. The declaration very skilfully crafted by late ambassaor Deniz Bölükbaşı who has wide experience in legal affairs contains neither the Word “casus belli” nor “war”. The declaration informed the Greek and the World public opinion with friendly sentiments that in the event Greece extending her territorial waters to 12 miles in the Agean where Turkey have vital inerest, she would take every measure including the military ones.The message must have been duly taken.

The mistakes of Greece

Turkish Greek relations are full of Greek mistakes.The decision of Greek Parliament’s casus belli decision in 1995 was a mistake as it was the case in Asia minor disaster which started in 1919 with the occupation of Symrna and ended with defeat in 1922, Imnia crises in 1996 and giving shelter to Öcalan in 1999. Tom Ellis, the editör-in chief of the English version of Kathimerini was right when he wrote: “ Nobody will fight our war for us.” There are still reasonable comments coming from the Greek side. There is daily evidence that we are living in age of impunity. The latest attacks by Israel demonstrated that no matter what the world says, no matter how loud the outcries, no one can stop it from continuing its pounding and destruction of the Palestinians. The only country thatcould at least temper them is the United States and they prefer to stay out. Hamas is seen as a terrorist organization bent on destroying Israel. The fact that they have not held any elections in fifteen years removes the claim of their legitimacy. It does not matter how the latest conflict escalated and who is to blame. It does not matter how Israeli Prime Minister Netanyahu is using this conflict at a time when his power isbeing challenged. As long as certain major countries side with Israel nothing will happen or change. The guilt of the Second World War still clings as many countries cannot even condemn Israel’s heavy handedaction.

Is this an isolated incident? No, it happened before on many occasions but now Israel is acting even more care free. It knows that the US is not interested in the Middle East and that as long as there is no threat to it,matters are left in the hands of Israel. They know that the Arab states will cry out and hold emergency meetings and spew statements to no avail. In the end the Palestinians will be left alone to face Israel, once again.

The problem is that the world is increasingly polarized by religion and cultural affinities. We may have to admit that the so called ‘clash of civilizations’ is becoming a reality. As we continue to move on from a bipolar to a unipolar and now to a multipolar world, old scores are being settled. Soft power already looks like an illusion. Smart power is only a great catchphrase. However real influence still comes from hard powerand the willingness to use it. Some things never change.

Russia was able to do so in Georgia and more brazenly in Ukraine. Does anybody believe that Russia will leave eastern Ukraine, much less Crimea? The world can only condemn or put forward some sanctions. But as long as the perpetrator is strong and ready to withstand measures or has the backing of a major state, then we will see more and more raw power in action. The fact that there are international resolutions which are in your favour but not implemented is an advantage to a country in need of redress, as we recently saw in Nagorno Karabagh. Azerbaijan used the political vacuum to its benefit and when it saw that there was an opportunity, took it and gained back its lost territory in less than two months after waiting thirty years for diplomacy to deliver.

Iraq invaded Kuwait and was countered by a coalition led by the United States. However the Cold War was over and Iraq was alone with no other country backing it. A big miscalculation.

Saudi Arabia and Iran went head to head in Yemen for years in an areawhere no one has any major interest. The Syrian civil war has gone on for over a decade because diplomacy could not succeed and too many powers got involved.

Frozen conflicts that have remained unresolved for lack of genuine diplomatic efforts are in danger of being heated up if one side believes itcan succeed through military action. As long as the future aggressor feels that they have an advantage, such as the backing of several states or a powerful one or believes it has international law behind it, who will be able to stop it.

There have been talk for some time that the next armed conflict could be about Taiwan. The reasons why China continues to refrain from taking military action is that it is not sure of what the US reaction will be. Furthermore, the military build-up in Taiwan does not make it look like a pushover. Finally any aggression towards Taiwan would tarnish China’s image no matter how much propaganda it would pour out that it is uniting the island with the mainland. Yet this assessment can be dismissed once China feels confident enough and is ready to weather the storm.

We are on the verge of witnessing a return to countries taking up arms when the time is propitious and is ready to strike swiftly. If no one is willing to send forces to prevent such aggression whoever acts will do so with impunity. As long as a country is ready to face the consequences of its actions, risks of future clashes will emerge. The multilateral system is sclerotic. Not only those established by those after the Second World War but the regional ones such as the African Union, ASEAN, the Arab League have all failed to resolve disputes. The EU could not even settle conflicts in Europe.

As diplomacy continues to fail we should prepare ourselves for an increase of such encounters. When the international community does not stand up and act to counter aggression, diplomacy will be useless. The years between the two world wars have too many examples of such disappointments. Bahadır and I were newlyweds. He was 30 and I was 26. One morning I said goodbye to him and later I found his bullet ridden body on a cold stainless-steel table in the morgue.

The Superior Court of California for the County of Santa Barbara sentenced Yanikian to life. But later in 1984, former Governor of California, George Deukmejian, also an ethnic Armenian, set Yanikian free. Insult to injury followed and Yanikian’s body was sent to Armenia where he was given a hero’s state funeral. Other indignities for victims of Armenian terrorism on American soil have continued. This year, after a Los Angeles County judge decided to parole Hampig Sassounian, the assassin of Consul General Kemal Arıkan, Governor Gavin Newsom chose not to appeal the ruling. Moreover, it seems that the United States Government chose not to try him on federal murder charge. Thus, another Armenian terrorist who kills a Turkish diplomat goes free.

And then came your April 24 statement, Mr. President. You broke the hearts of many more people than you think you pleased, by proclaiming the crime of genocide has been committed, utterly ignoring the complexities of history and the Ottoman Muslim lives lost in the same conflicts.

I am a graduate of the American College for Girls in Istanbul and had the pleasure to reside in the United States many years. But your statement contradicted everything I had learned about the American way -the guarantee of justice, fairness, due process, and equality for all. It is important to acknowledge both sides of a story, reserve judgement, and encourage reconciliation without accusation.

It is never too late for your office to advocate reconciliation based on truth. Please encourage full public access to the Archives of the Armenian Revolutionary Federation in the United States and Yerevan. Please reserve judgement in fairness to both communities, Turkish and Armenian. This is the foundation of friendly rapprochement.

If there is one thing Bahadır would have advocated had he not been silenced by Yanikian’s bullets, it would have been the pursuit of truth.

President of the United States of America 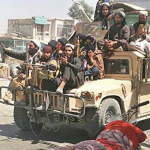 Afghanistan in Crisis, Again Ömer Önhon / August 20, 2021
WATERS IN AEGEAN SEA ARE WARMING UP WHILE THE WEATHER IS GETTING COOLER Hasan Göğüş / March 2, 2022 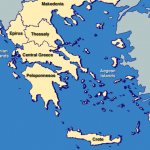